A guest blog by Josh Pyzer

‘92% of men in their 20’s believe personal appearance is important to them’. This is the statistic that the Club and Spa at the Cube, Birmingham, are using for their new ManSpa range that looks to entice men into the heavily female dominated area that is, spa treatments. A few weeks ago, I was invited to the ManSpa to try out one of the treatments in the new range – all of which are aimed at the modern man. The range of treatments consist of both skin and body packages, all of which have now officially launched.

The special treatment menu which I was asked to pick a treatment from consisted of:

Visiting the Club and Spa was a first for me, but Emma was invited to review the place a few months ago – so I had already heard details on what the spa was like. Before my treatment, Emma and I headed straight to the darkened relaxation area in dressing gowns, to hang out in the suspended sleeping pods before I was called into a treatment room. I had opted for the ‘Aroma moor mud back ritual’, mainly because I wanted to experience a treatment that would potentially help me with my back pain… 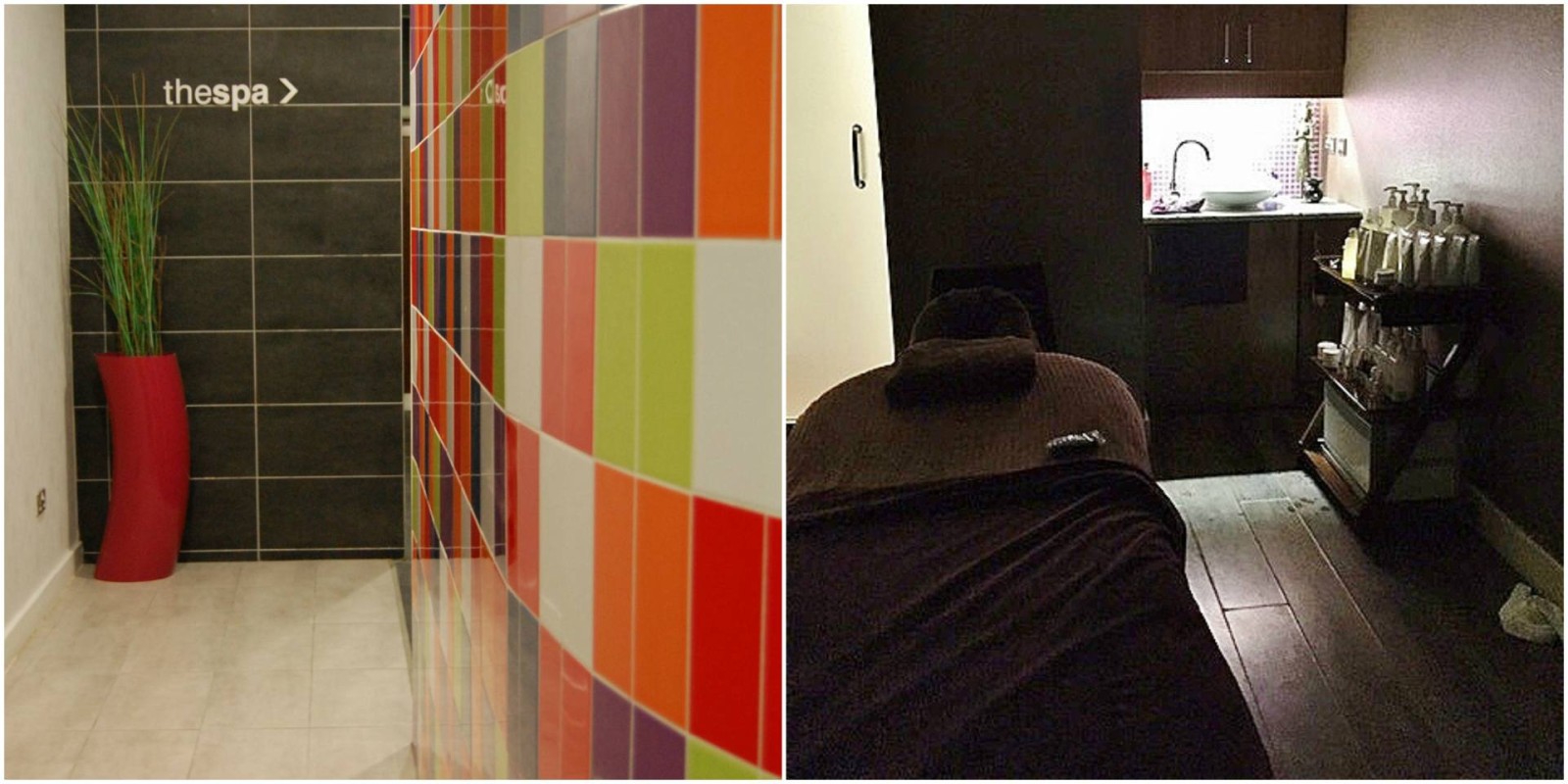 The first 15 minutes of my treatment consisted of my back being ‘brushed down’ before hot mud was applied over my back– and boy, was it hotter than the sun! The tingling sensation lasted for a few seconds while the therapist continued to cover my back in a layer of foil to keep the heat in. I was given a gentle massage on top of the foil, and the therapist made sure the mud was spread out evenly across my skin. A further application of three hot towels were then applied to prolong the heat. Now that I was wrapped up nicely like a Christmas turkey, the remainder of the treatment consisted of a slow, therapeutic massage to the backs of my legs while the top half of my body deep-soaked in a mud bath. I felt as though the hot treatment loosened up my back muscles and I genuinely haven’t suffered as much back pain since.

In all honesty, I didn’t think I could feel the benefits of the Aroma Mud Massage straight away compared to a standard or deep tissue massage. However I’m sure the deep mud massage benefited my skin more than I anticipated. I certainly would recommend the treatments to other men who may be looking to experience the ManSpa treatments in future, just keep in mind the mud ritual £65 price tag!

I left the massage table feeling relaxed, rejuvenated and ready for the pool. Most of all, I was impressed with the atmosphere of the spa, it felt exclusive and quiet. Very much unlike my previous experiences of spa retreats, all of which have usually been full of couples that have bought the same last minute deal as us! I embraced the relaxing environment, especially as there were no kids running about, or none of those women that insist in using the pool like an olympic sized swimming pool who get annoyed when you get in their way!

After Emma and I both experienced our complimentary treatments, a relaxing swim in the pool and a calming visit to the sauna and steam room, we changed into smart attire and we were soon in the lift, headed up to 25th floor of the cube for Afternoon Tea at Marco Pierre White’s restaurant. Once at the top, we could enjoy a panoramic view of the city, whilst chatting to the staff and chef and sampled four different types of Afternoon Teas: Mother’s Day Tea, Easter Special, Traditional Afternoon Tea and the latest edition being the exclusive Father’s Day alternative with a ‘manly twist.’

A little on the pricey side, but the quality of the food was impressive and I especially enjoyed sampling the various types of pastires and desserts they had to offer. I certainly enjoyed the Homemade Scotch Eggs and Baked Guinness Pudding with Brandy Cream the most and would highly recommend tasting these first. I’ve been to my fair share of Afternoon Tea experiences with Emma, who always insists on buying the most expensive treats, but I imagine that currently, a large percentage of the Club and Spa customers are women. And it is from this, I can understand why they are pushing this new avenue to entice men to indulge in more spa treatments and afternoon tea experiences to gain a more balanced perspective.

I think the Club and Spa and MPW may have found a gap in the market here and I hope the launch of the Father’s Day Tea is a success and that it works out for them.However, I do still think there’s a long way to go before men start choosing pamper days and treatments, rather than an all-day session down the football.

Disclaimer: All Afternoon Tea’s are now available on the 25th floor of MPW at the Cube. Josh was invited to The Club & Spa at The Cube Birmingham and Marco Pierre White’s Afternoon Tea in exchange for an honest review. All opinions are his own.

An Invitation To Revolution Birmingham

How To Make A Chocolate Cake In 40 Seconds