So much has happened lately and I feel if I don’t write it all down, my brain might explode! I’ve had a very pleasant couple of weeks and the odds have certainly been in my favour. I managed to win a few competitions on social media which put me in a good position to take a break and to indulge in some tasty food and a breakaway with my favourite girls. But let’s go back to the start with a recent trip I took to London.

For Josh’s birthday I booked us tickets to watch The Play That Goes Wrong. Ever since I was little I have loved visiting the theatre. Taking the time to switch my phone off and zone out for a couple hours is absolute bliss. In London we visited Shake Shack in Covent Garden, for the first time. They serve delicious burgers and cheesy fries which are expensive but worth every penny! After swanning around for a few hours, we ended up at The Duchess Theatre to watch the show and after hearing so many great reviews, I have to agree it was an absolute masterpiece. Josh is the hardest person to please when it comes to the theatre, and made a bet that if he found it funny he would buy me some drinks later on. Let’s just say, I was delighted to be drinking £10 cocktails on a rooftop bar only hours later. The set falls apart, accidents happen and the cast are effortlessly hilarious. The clever thing is – the show starts before you are even aware it has. I dare you to see it!

We had a few hours to kill after the show so we took a long brisk walk before heading to Marco Pierre White’s New York Italian – London Bridge. I was lucky enough to win a three course meal for two people from a competition on Twitter. For starters we ordered the Grilled Jumbo Shrimps (£10.75) and New York Buffalo Wings (£7.50) alongside two big glasses of wine. The starters were full of flavour and I especially enjoyed ripping the meat off the wings. They were tender and the tastiest wings I’ve tried, the spices were tantalising! The shrimps were also incredibly salty but were a perfect match for the wine, we devoured the whole lot. Albeit on the pricey side, you certainly get what you pay for and more with the flavours and presentation.

I obviously ordered the Hickory Smoked Baby Back Ribs with Russain coleslaw (£17.25) for a main which I thought was an odd price for ribs but they would have been worth it. I do feel as though a big tub of BBQ sauce would have complimented the ribs as the meal was a touch dry. However the flavours from the meat were gorgeous and I ate all but two ribs as I was that stuffed. The pizza that Josh ordered was Bolognese flavour as recommended by Marco. I ate a slice but felt it would have been more tasty with some peppers and onions thrown on top. Overall, we had a very enjoyable meal, especially as it was a competition prize!

Raspberry Knickerbocker Glory and an Espresso Ice Cream’s were our desserts of choice. I was full but it really is true, people have an extra stomach for pudding. The Knickerbocker was restaurant made and you could certainly tell. I really dislike it when you order a dessert and you can tell it’s just been pulled out of the freezer but this one was delicious and ended the meal beautifully. Josh ordered an Espresso ice cream which kept him awake for the train journey home.  I would like to thank Marco Pierre White’s New York Italian for being wonderful hosts and for making us feel very welcome. I love winning food competitions! 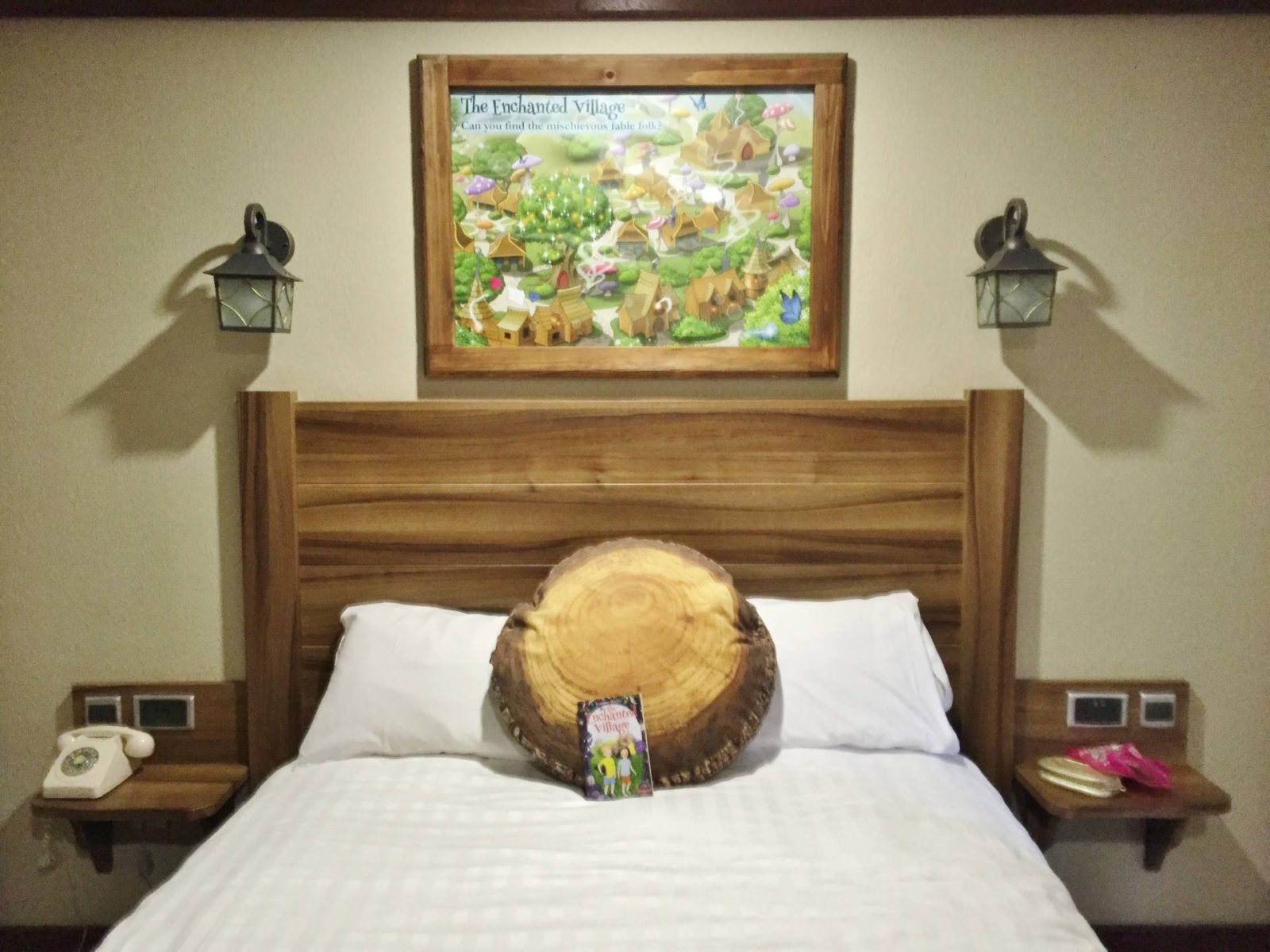 Not long after winning the previous competition at Marco’s, I soon found out I had won a weekend away at Alton Towers in one of the Enchanted Wooden Lodges. The experience resembled a little fable folk village and the lodges were situated on pebble paths amongst the trees. Relaxing on the outdoor decking area, visiting the the theme park with my best friends, drinking Prosecco and sleeping in the double bed and bunk beds were just a few of the highlights of our stay. It was a little bit of a squeeze for five ladies but we made it work and snuggled on the beds and drank and giggled the whole night. How cute is the floor in the children’s room also? Everywhere you turned you had something new to look at… it really was enchanting!

I am extremely grateful to have been given the chance to sleep in one of the lodges at Alton Towers with my besties, as well as receiving free meals and breakfasts each day in different restaurants on the resort. The best part is, we didn’t have to queue on Friday owing to the theme park being practically empty but we were caught in torrential rain which didn’t go down too well. The following day, we attempted all of the big rides and the Smiler with gritted teeth! These past few weeks have been incredible and I am very grateful for every single win. Have you ever won any amazing competitions or stayed in an Enchanted Lodge?

5 Things People Forget To Do