The other week I was kindly contacted on behalf of ibis Hotels with an exciting opportunity to attend an exclusive gig at the ibis Hotel, Birmingham. In partnership between ibis Hotels and The Roundhouse which supports the Teenager Cancer Trust, ‘ibis Lates’ was formed as a series of gigs to be held in ibis hotel lobbies around the UK to raise money. On Thursday May 11th, I got to witness first hand some fantastic regional up-and-coming artists and DJ’s including the brilliant, Birmingham-based Ekkah. It really was a great night.

A room for the night

Straight after work, I raced to the hotel where they kindly lent me a room for the night. This made me feel so grateful, I found this lovely little tote bag on the bed filled with some goodies, popcorn snacks, headphones, a t-shirt and some other promo merch. I’ve already tried out the headphones and they’re such a lovely gift, so thanks for that ibis! The sleeping mask will also come in hand at one point or another.

The event began at 2:30pm during the day. Between 4:30 – 6pm, artist interviews took place on the ibis Sweet Bed but as soon as I arrived after work at 6pm, I checked into my room and headed down with my +1 to the green room where we were greeted with food and drink. They certainly lived up to their word and we pigged out on onion rings, sausages, chips, onion bhajis. The first act Kenan Kian was introduced to the stage as the first act of the night. He was such a sweet soul and sang about his struggles with homelessness and other crucial points in his life. The crowd cheers him on and I loved his dance moves, what a guy. The second act of the night was Malunga (amazing singing, box slapping and piano grooving) and the finale was Ekkah – a Birmingham-based band that sang about 80’s pop and Snobs. God I loved them, I would highly recommend checking them out. The night ended with DJ Nikita who got the room up dancing all night until 1am! 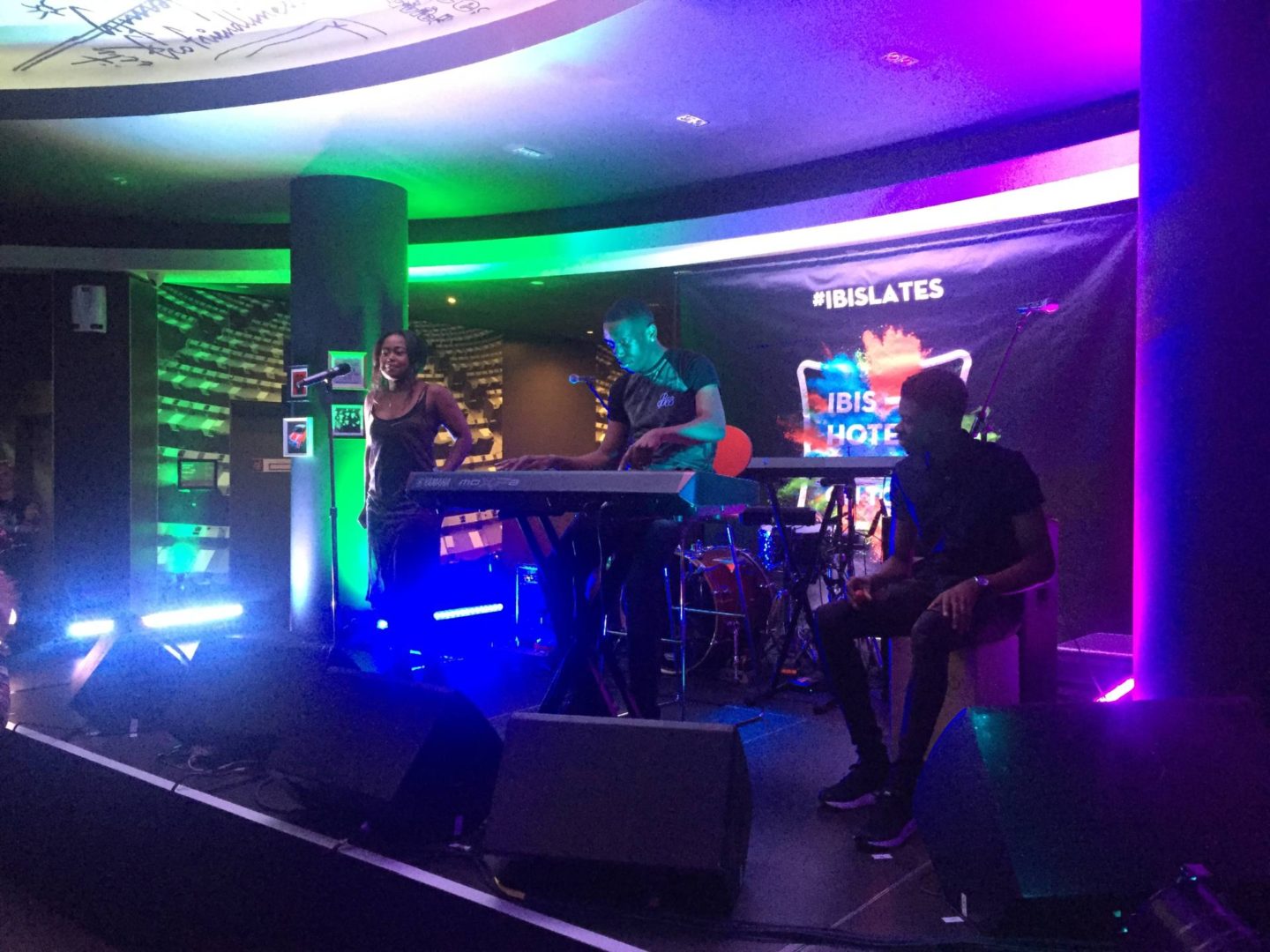 Thanks to ibis for allowing me to come to this exclusive gig (and for the green room wrist band!). We had such a blast listening to these fantastic musicians. It’s very rare that I attend a blogger event that involves music or any sort of intimate gig, so this was definitely a treat. For more information on ibis Lates and their current tour around the UK, visit their ibis Facebook and Instagram pages for more information.