Over the last month or so, I’ve had the pleasure of visiting several places for lunch, both in Birmingham and near Skegness. I never seem to be in Birmingham long enough at the moment to attend all of the new restaurant openings, but hopefully this will change very soon. Saying this, since turning freelance I’ve become a dab hand at recipe creation (and slow cooked meals) as I now tend to spend the majority of my time in the kitchen making nourishing lunch time treats. In this post I wanted to quickly share with you some places I have visited lately that serve some pretty great food. Also note, this post is not sponsored in any way.

The View Cafe Bar is a place on the coast near where my parent’s pub, The Wheel Inn is. I looked online for the best breakfast places in the surrounding area and this place popped up. It may just be a cafe, but inside it has a large dining space with comfy seating and an impressive amount of TVs on the wall (so you can watch The Simpsons while you sip childishly on your milkshake). Sounds like a real holiday, doesn’t it? The area is certainly targeted towards holiday goers as the beach is just 20 steps from the front door. Their menu is fairly large and boasts everything from breakfast options to main meals. On the last visit I opted for the Seafood Pasta with Salmon, Prawns & Mussels Cooked In A Creamy Parsley Sauce (£7.25). The portion size was more than generous and the fatty that I am ordered extra sides of curly fries and garlic bread. For pudding, I asked for the Hazelnut Milkshake (which I think was around £7 too) and the whole place starred at me when it was bought to the table. Definitely one to be shared, it was one of the best milkshakes I’ve had. 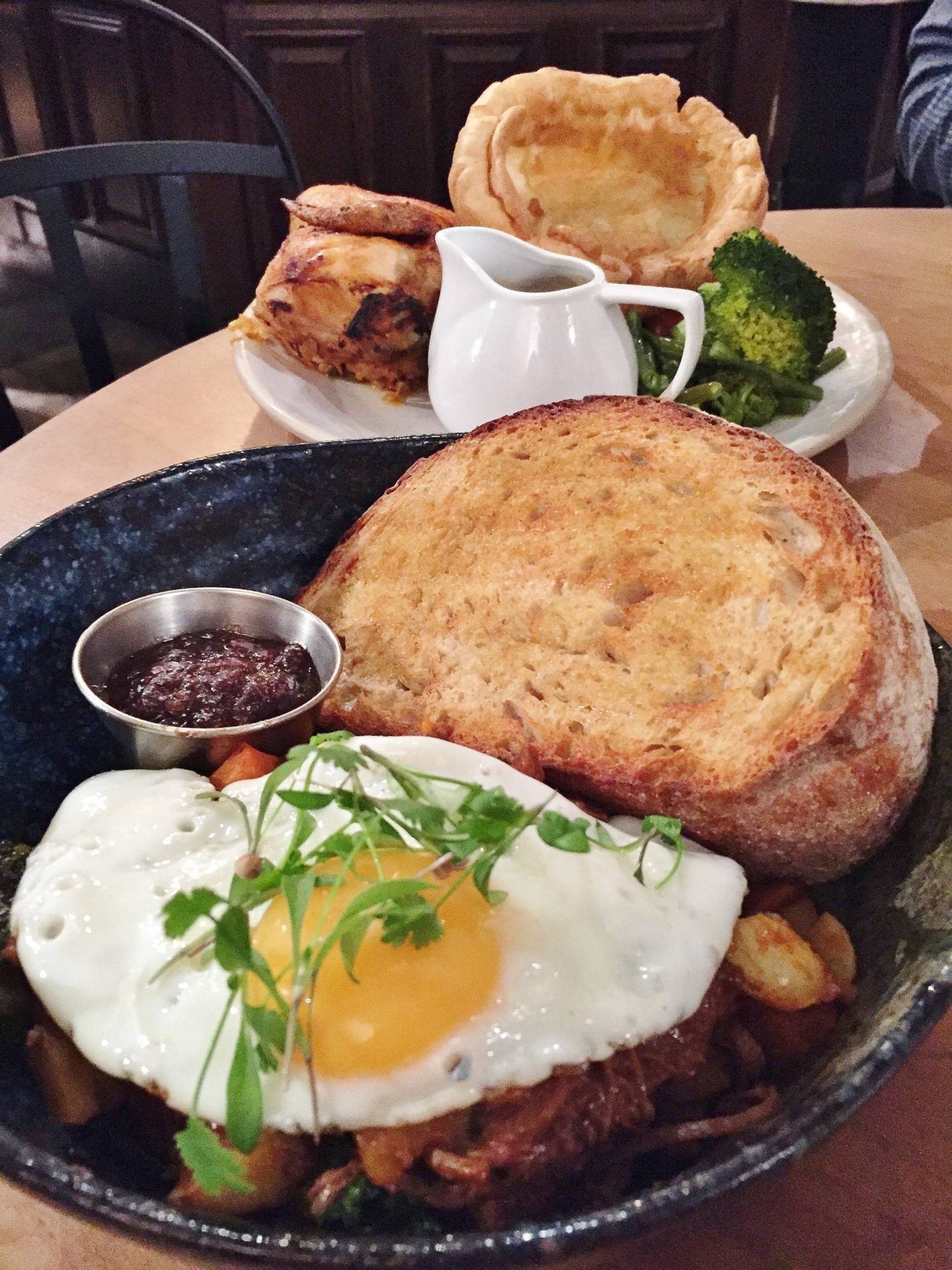 It’s a place everyone and their nan has been to in Birmingham, but I wanted to feature it anyway. The other week Josh and I popped out for a Sunday lunch at The Plough in Harborne. I, being the awkward person I am, decided to go for something a little different than a roast. I really loved the sound of their Slow Cooked Beef Brisket and Sweet Potato Hash with Fried Egg, Rustic Bread and Sweet Tomato Chutney (£14.75) and Josh went for the standard Half Roast Chicken served with Yorkshire Pudding, Roast Potatoes, Honey Glazed Carrots, Mixed Green Vegetables and Homemade Gravy (£15). The food was great and I had to take some away with me in a tupperware box. Shortly after, I was feeling piggish again and asked for the Oreo and Salted Caramel Mess with Fresh Raspberry and Vanilla Gelato (£7) that was delicious! There is always room for dessert even after the heaviest of meals, look how dreamy it is… two spoons were needed.

Hold the phone… you mean this ISN’T BONEHEAD RESTAURANT’S NEW CHICKEN? I’m yet to go and try Bonehead since it opened. But for now, I made the next best thing and recently made some crispy chicken from scratch. On the day I made this I was in two minds as what to do with the leftover chicken we had. I’m a huge fan of deep fried foods but instead of ordering in, I decided to make a Katsu curry. There are so many different recipes online but I always find that using standard cornflakes cereal works best for that added crunch. I simply coated the raw chicken breasts in flour, then dipped them in whisked egg and finally cover with the bashed cornflakes. This meal took around 40 minutes to prepare including making the curry sauce. Such an easy meal if you’re craving takeaway but don’t want to spend the ££.

What new places have you tried lately that I need to know about?

« Lifestyle Plans And Travel Adventures For 2018 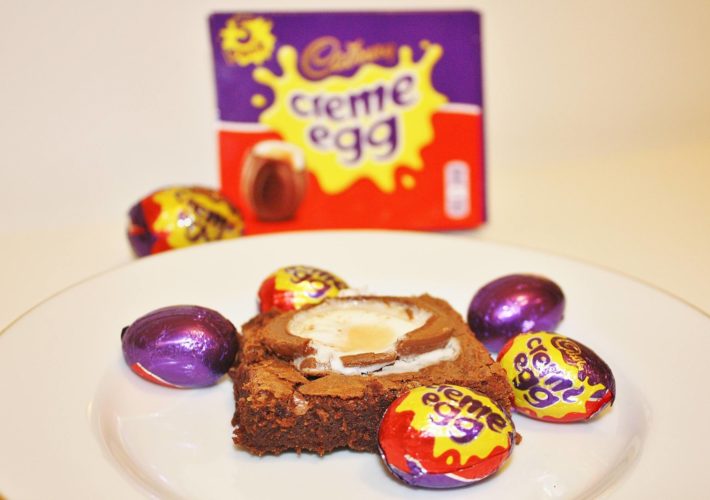