In a recent post, I talked about my recent trip to Rome. I revealed what we ate, what we did and where we slept, it was an incredible trip. Just before our holiday, I was invited onto a Vatican Privileged Entrance tour along with The Roman Guy – a small group and private tours company in Italy. By joining with this tour, it meant a 7:30 am start but in the long run, it meant avoiding the crowds because we entered an hour before the general public. It also enabled us to visit the iconic Sistine Chapel with no queues which is unheard of!

The tour is a 3.5 hour walk where you get to see hundreds of mind blowing pieces of art and sculptures, before ending up in St Peter’s Basilica. If I may say so, it was phenomenal. There’s a reason why this tour is named as the ‘Best in Rome‘ and I’m now inclined to agree with them. Our Vatican tour tickets enabled us to skip the line and enter the Sistine Chapel a full hour before the public was allowed in. The whole place was practically empty. We then circled back around through the Vatican Museums before re-entering the Sistine Chapel for yet another visit before heading to St. Peter’s Basilica.

We felt like VIPs straight away as our tour group consisted of just 10 people. It felt very exclusive and allowed us to enjoy the experience without a mass of people getting in the way of my pictures. As you’ll see from the coming photos, we visited a lot of different areas of Vatican City, from the Museums, to the Sistine Chapel, Raphael Rooms, St. Peter’s Basilica – no wonder it took around 3 hours to walk around, the place is actually a… whole city worth! Above is a little picture of me and Josh posing just before the tour, how rare is it to get a picture of the Basilica without any people standing in the background – it was utter magic!

As you can see, the rooms were empty. It was such an amazing experience to be able to walk through without a disturbance. It felt as though we had the place to ourselves. During the tour we were listening to our guide via a small headphone so it was lovely for us to hear about each room and its history. Obviously there is way too much for me to write down, but the main aim of this blog is to show you how unusual this tour is. For just €84.00 you can walk around, care free, taking images and you genuinely feel like royalty. I’m so impressed with the tour and would definitely recommend it to anyone looking to see Vatican City.

One of the most inspiring parts of the whole tour is the The Sistine Chapel in the Apostolic Palace. Formally known as the official residence of the Pope, in Vatican City. The chapel takes its name from Pope Sixtus IV, who restored it between 1477 and 1480. It’s unreal to think that Michelangelo painted this room by hand over a number of years, it’s like something out of a film, it doesn’t actually look real.

Could you imagine dedicating 10 years of your life to one masterpiece? This is exactly what Michelangelo did, and it’s one of the reasons he is the most famous artists ever. Upon entering the room you’re told not to take photographs as it’s forbidden. However I took a few quick snaps and put my camera away as I stood there looking up at the ceiling in absolute awe. It’s mesmerising.

So now that you’ve seen images of us entering each of the sections in absolute peace and harmony, this is what you’re faced with when you come in with the normal crowd. I honestly believe you loop back around in this tour just to see the difference! This was us trying to walk through one of the rooms that just an hour before, we breezed through without anyone in front. Makes you realise that The Roman Guy Tour is worth it after all.

Let me just take a moment to say, St Peter’s Basilica is ridiculous. I mean everywhere you look, there’s either a gorgeous sculpture, a beautifully patterned floor, a tomb of gold or a towering roof to look at. I must have spent about 90% of this tour actually looking up, so make sure you stretch your neck out before hand. The stunning St. Peter’s Basilica is known as a place of pilgrimage and for its liturgical functions which draws in between 15,000 to over 80,000 people every year. As before, there’s too much to explain as the history rolls over through hundreds of years, but I’d personally go again just to stand in awe of the beauty of the place.

Outside in Vatican City

Once you finish looking around, (we even went underground to see all of the tombs), you can head outside and witness the beautiful sights of the Vatican City. We stopped to take a few selfies and had a bit of a breather as we had been walking for around three hours. To be honest, it doesn’t even seem that long because you’re doing so much and learning as you go, it only feels like an hour. 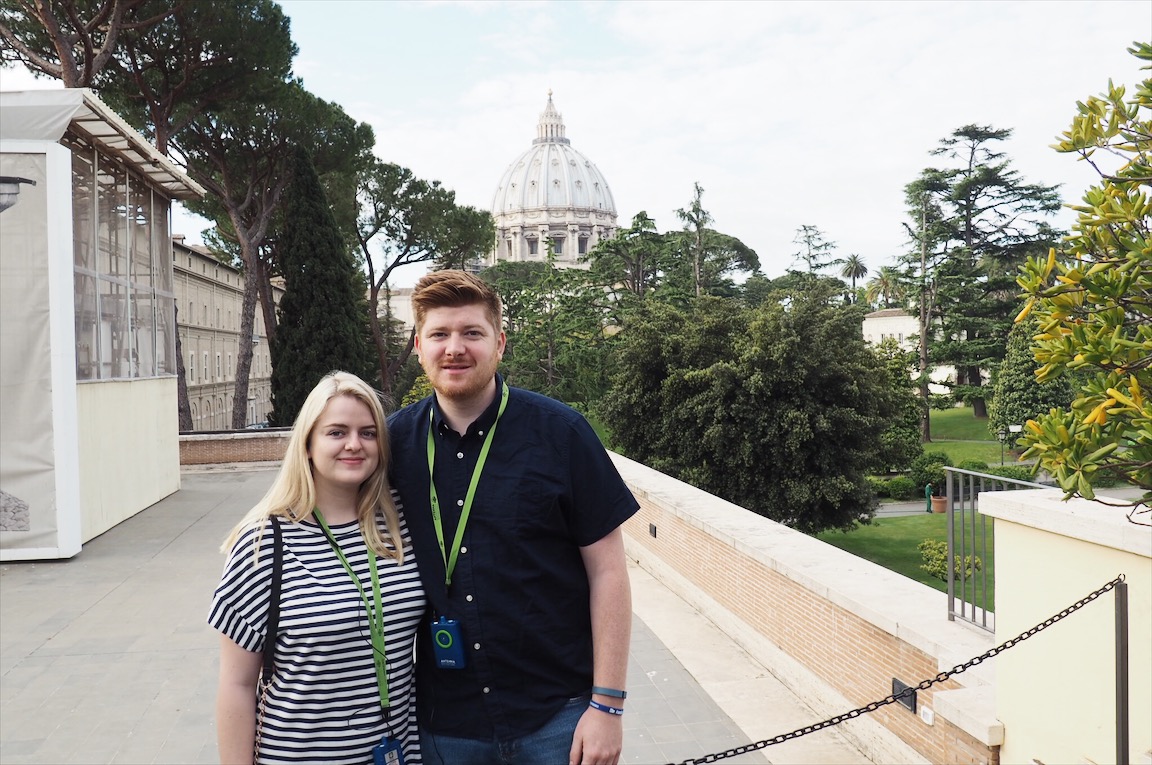 The funniest part of the day was when we walked out of Vatican City at around 10am and had people trying to sell us fast track tickets. At this time, the queue for the entrance must have been around 3 hours long. It seemed draining to have to stand in that queue, especially as we saw loads of little kids hanging around. I would love to thank The Roman Guy for getting in touch with me and inviting me and Josh along on this insane Vatican Tour. It’s honestly one of the best things I’ve ever done during a trip abroad. To be able to queue jump above hundreds of people definitely feels like a privilege, which is why they call it the “Privileged Entrance” Vatican Tour with Sistine Chapel. What do you think of this tour, would you like to try it?

Please note: I was given two complimentary tickets and invited to Vatican City with The Roman Guy. In return I have written my opinion in blog post form with photos. All opinions are my own.

A Trip To Reykjavik – Iceland

Lifestyle Plans And Travel Adventures For 2018

Back to Basics: Road trip to Norway